Gulen and The NEW WORLD ORDER: Gulen New World Order Azeribaijan-Azerbaycanlı öğr...: Azerbaijan Turkish Festival Baku Oil, Turkey is the main partner for pipelines in partnership with Republic of Georgia Turkey&#39...
Posted by Gulen is a Fraud at 9:47 AM No comments:

Posted by Gulen is a Fraud at 3:49 PM No comments:

Africa is a continent RICH in natural resources.  The Gulen Turkish Businessmen TUSKON have reaped many business exports in the billions from Africa.  TUSKON has many offices set up in Africa, plus in the economically hard hit areas Yok Kim Su the Gulen charity group has gained a lot of controls via charity. 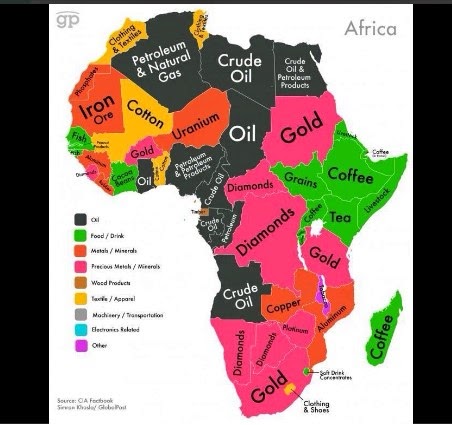 Some assortment of Turkish Gulen Schools in Africa
﻿

This blog wrote about the article that appeared 3 years ago closing down all the Gulen Turkish schools in Turkmenistan but one.  http://www.eurasianet.org/node/64079 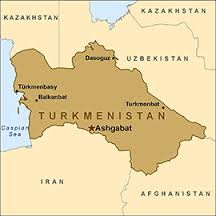 On Monday, August 18 the last remaining Turkish Gulen school in Ashgabat, Turkmenistan has been closed.  http://www.chrono-tm.org/en/2014/08/officials-close-down-turkish-school-in-ashgabat/

The Turkish school which operated pursuant to Turkmen-Turkish agreements has been closed down in Ashgabat. Among its students were children of Turkish diplomats, entrepreneurs and builders as well as local children. It had been announced earlier that, starting from the upcoming academic year, Turkmen children would no longer be admitted into the school. 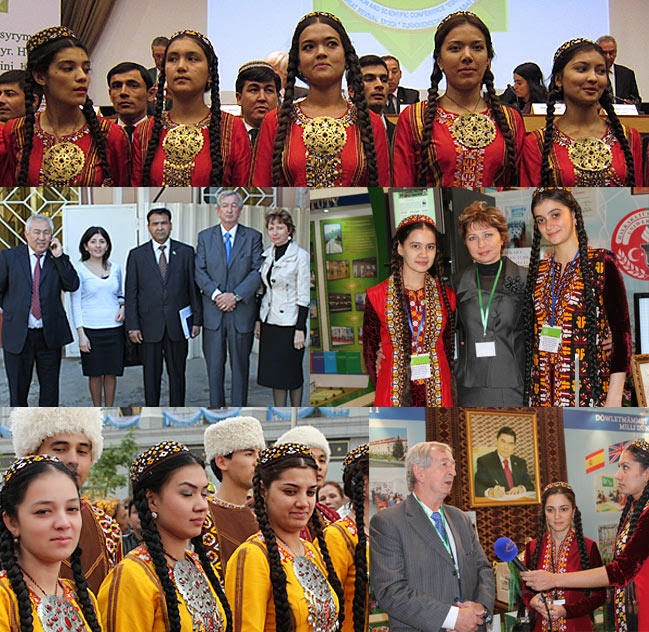 Posted by Gulen is a Fraud at 1:53 AM No comments: 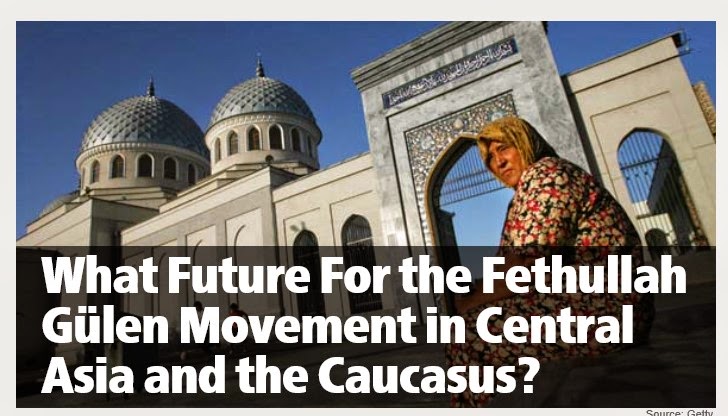 Following the end of the Soviet Union, the Gülen movement developed a dynamic educational network in Central Asia and the Caucasus, with that region offering Turkey its strongest base of soft power. The AKP government’s support for these schools, and the informal alliance between Gülen and the AKP since 2002, was beneficial to both parties. The collapse of this mutual cooperation last December and the war Erdoğan has declared on what he calls the “parallel structure” raise the question of the movement’s future in Turkey and abroad, but most importantly in Central Asia and the Caucasus, which have played a crucial role in the Gülen movement’s international strategy.
BACKGROUND: When the Soviet bloc collapsed in 1990 and Turkey wanted to take advantage of this opportunity to create strong relations with the new republics of the former Soviet Union as well as with the Balkan countries, the Gülen movement was the first organization to adapt itself to this new situation. In the Caucasus (especially in Azerbaijan and Georgia) and in all Central Asian republics, the Gülen movement, supported by various Turkish business associations, opened dozens of schools. The priority of these schools has been to provide a modern and secular education in accordance with local norms, while also providing religious education as extracurricular activities. Nevertheless, having noted the hostility of local authorities to any kind of Islamic proselytism, the Gülen movement followers ended any kind of religious activism and adhered to the official curricula in every country.

Nonresident Scholar
Russia and Eurasia Program
More from this author...

Except in Uzbekistan, where all schools were closed in 2000 – more because of the general deterioration of Turkish-Uzbek relations than because of the schools’ activities, and in Turkmenistan – where in 2011 the majority of schools were seized by Turkmen state – there are currently many educational and business establishments across the Caucasus and Central Asia managed by people known for their adhesion to or sympathies with Fethullah Gülen. In Georgia, there are five schools and one university, in Azerbaijan one university and several schools, in Kazakhstan one university and thirty schools, in Kyrgyzstan one university and ten schools and in Tajikistan around five schools.

Between 1991 and 2002, the attitude of Turkish diplomacy toward theses schools was ambiguous. Some ardent Kemalist Turkish ambassadors were embarrassed by the activism of the Gülen movement in the post-Soviet area where Turkey sought to establish a strong influence. But despite this sentiment, the general Turkish line was pragmatic. Indeed, encouraged by Turgut Özal’s liberal views, Turkish diplomacy offered symbolic support for the activities of the schools, by attending the schools' social events or graduation ceremonies. When the AKP came to power, support from the Turkish state became more visible, for both ideological and strategic reasons. At the same time, the AKP’s ascent to power in Turkey and its alliance with Gülen initially gave rise to concerns among the secular former Soviet elites, who worried about the possible emergence in their countries of a similar conservative power for which the Gülen schools could be the catalyst. However, the quality education offered by these schools convinced local authorities to allow the Gülen schools, with the exception of Turkmenistan where the government has gradually limited the number of schools.

IMPLICATIONS: The AKP and the Gülen movement have promoted the same ideas and objectives in Turkey for many years. They had the same social base and used to defend the same values. Yet the minor differences that existed gradually became more important and provoked a split between them. The real reasons for the split are still unclear, but it seems that the Gülen movement increased its distance to the Turkish Prime Minister in order not to be compromised by his increasing authoritarianism, and even went on to criticize him. In turn, Erdogan has accused the Gülen movement of posing an obstacle to his “reign” as its members became a political force in the country. This divorce looks like a natural and inevitable separation between two groups that were unified through their opposition to a common enemy: the Kemalist establishment and its supporters in the Turkish military. Indeed, the Turkish Army’s gradual retreat from politics thanks to the efforts of the Gülen-Erdoğan alliance has removed the raison d’être of the alliance. Whatever the reasons for the split, the ruling elites in Central Asia and the Caucasus have noted the political fight between these two major forces in Turkey, and the Turkish Prime Minister’s determination to eradicate this “parallel structure” entrenched in the state.
Turning talk into action, the Prime Minister paid a visit to Azerbaijan less than one week after the Turkish local elections won by his party and started his attack on the Gülen movement. Thanks not only to his pressure but also because Azerbaijani authorities had their own interest in doing so, the schools were placed under the control of SOCAR, the Azerbaijani State Oil Company. At the same time, some important movement figures were deported from Azerbaijan to Turkey.
In Central Asia, the campaign against the Gülen movement has not yet begun. It will be interesting to see if the Turkish government will seek to export the witch-hunt used against the movement in Turkey to Central Asia. It is still too early to assess the precise impact of the war between Gülen and Erdoğan in Central Asia. However, what happened in Turkey will constitute a turning point for the movement abroad as well.
Undoubtedly, Erdogan’s authoritarian ways since the beginning of his third term are evident to observers in Central Asia and all these regimes know that what happened in Turkey is most of all a Turkish domestic issue. Hence, few Central Asian regimes have commented on the struggle between the government and its former ally. However, a new period of fear and anxiety likely awaits the Gülen movement in the entire region. First of all, the Gülen movement is losing one of its key allies. The cooperation between the schools and Turkish diplomacy contributed to the movement’s positive image. In these countries, it is always reassuring to have a state guarantee behind every civil society movement. In other words, the good relations between the government and the Gülen movement in Turkey had provided the movement with a respectable image in Central Asia.
Secondly, and most worrisome for the future of Gülen schools worldwide, the events in Turkey revealed some hidden aspects of the hizmet movement. For years, the movement’s promoters have portrayed themselves as a non-political organization, working for better education and for peace and dialogue among cultures and faiths around the world. After what happened in Turkey, it will be difficult for them to continue claiming apolitical intentions.
Last but not least, although vehemently denied by its representatives, the political crisis in Turkey showed that the Gülen movement has resorted to infiltration of the state structures, the justice system and police, in order to defend itself. In Central Asia and the Caucasus, local authorities will inevitably ask if the Gülen movement will not resort to similar infiltration to reinforce its power in their countries. Yet it is unlikely that the movement will be capable of attaining the same power and influence in those countries for at least one reason. In Turkey, representatives of the Gülen movement managed to infiltrate the police and judiciary because they obtained help and encouragement to do so from the AKP government. In Central Asia and the Caucasus, no regime is likely to allow them a similar influence in the structure of the state. Moreover, whereas in Turkey the movement is rooted in society, in the former Soviet Union it still is to a large extent a Turkish diaspora phenomenon, though it has over time recruited many locals.
CONCLUSIONS: The end of the coalition between Erdoğan and Gülen is a turning point in Turkish politics and Turkish soft power in post-Soviet Central Asia and the Caucasus. Whether the movement should be conceived as an opponent to corruption and authoritarianism in Turkey, as it members profess, or a parallel organization infiltrating state structures and working according to its own agenda, as the Turkish Prime Minister claims, Erdogan’s declaration of war on the Gülen movement will have a serious impact on the image and credibility of both parties in Central Asia and the Caucasus. However, although weakened in this region, the Gülen movement has until now limited the damage. The quality of its educational institutions and the fact that many local elites have their children in these schools helps the Gülen movement maintain its position in Central Asia and the Caucasus. Moreover, until now, some of the current regimes have worried about the alliance between these two Turkish Islamic forces, fearing that the Gülen movement could in the long term encourage the development of conservative governments similar to the AKP in the region. Although the split between Erdoğan and Gülen will reconcile these concerns, they will at the same time strengthen their control of the movement in Central Asia to prevent state infiltration.
This article was originally published by the Central Asia-Caucasus Analyst.

About the Middle East Program

The Carnegie Middle East Program combines in-depth local knowledge with incisive comparative analysis to examine economic, sociopolitical, and strategic interests in the Arab world. Through detailed country studies and the exploration of key crosscutting themes, the Carnegie Middle East Program, in coordination with the Carnegie Middle East Center in Beirut, provides analysis and recommendations in both English and Arabic that are deeply informed by knowledge and views from the region. The program has special expertise in political reform and Islamist participation in pluralistic politics.
Posted by Gulen is a Fraud at 1:25 AM No comments:

Posted by Gulen is a Fraud at 9:17 PM No comments:

Gulen Schools evacuated 3 days before ISIS broke out.  2:39 shows Ishik University
Posted by Gulen is a Fraud at 8:57 PM No comments:

Merdian International School in Ukraine the Gulen Turkish school sings Yeni Bir Dunya
Posted by Gulen is a Fraud at 8:52 PM No comments:

turkish olympiads culture festival 2014 had to move to ethiopia

THEIR PERFORMANCE TO ETHIOPIA.
Posted by Gulen is a Fraud at 8:31 PM No comments: