Posted by Gulen is a Fraud at 5:52 AM No comments:

Posted by Gulen is a Fraud at 4:13 AM No comments: 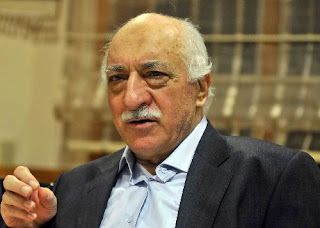 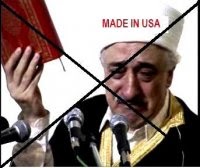 Will the REAL Fetos and Hizmet stand proud and admit their affiliations?

Gulen and the Vatican , Two Faces of Fethullah Gulen

Posted by Gulen is a Fraud at 1:36 PM No comments:

Posted by Gulen is a Fraud at 9:13 PM No comments:

http://blogs.wsj.com/emergingeurope/2011/11/16/jailed-author%e2%80%99s-banned-book-launched/tab/print/
Good short article by Turkish American Ayla Albayrak
The book was banned and the author jailed before it was published, but on Wednesday a group of fellow journalists and writers in Turkey launched Ahmet Sik’s “The Army of Imam” at an annual book fair, outraged by what they see as suppression of free speech.
Mr. Sik has been in jail since March and it wasn’t until September that the charges against him — aiding an alleged terrorist organization known as Ergenekon, that aimed to overthrow the government — were made public. His trial is expected to begin later this month. The book is being used in evidence against him.
Mr. Sik’s case and that of fellow journalist Nedim Sener, who was arrested at the same time, have become lightning rods for critics of the government’s record on freedom of expression. The European Union and the U.S. also have criticized the arrests.
The book was co-signed by 124 journalists and others, who revised and edited it for release at Istanbul’s TUYAP book fair Wednesday.
The book argues that the Turkish police force has become increasingly controlled by a religious Muslim movement led from the U.S. by Turkish Imam-businessman, Fethullah Gulen. Many Turks see the Gulen movement, which is known mainly for building and running schools in Turkey and around the world, including in the U.S., as a moderate and modernizing Islamic force.
But opponents say the movement has a hidden Islamist agenda. They say that since the Islamic-leaning Justice and Development Party, or AKP, came to power in 2002, the Gulen movement has become increasingly powerful, replacing the militarist so-called deep state that the Ergenekon case is designed to uncover, with a new Islamist one that also abuses the courts.
Mr. Sik’s book, a draft of which was widely downloaded from the internet after his arrest, is no smoking gun against the Gulen movement. But Mr. Sik’s supporters note his own long record of investigative journalism against the old deep state and believe he is being prosecuted and punished for doing his job as a journalist.
His book was renamed by his co-signatories “000KITAP – Dokunan Yanar” (000BOOK – Who Touches, Will Burn), referring to what he said on the day of his arrest. “Those who touch [Gulen’s movement] will burn,” Mr. Sik said to TV cameras and onlookers, as he was shoved in a police car in front of his house in early March, over eight months ago.
“We shall retain our patience, strengthen our perseverance, keep our determination and continue our protest until our friends, Ahmet Sik and Nedim Sener are given back their freedom,” journalist Ismail Saymaz, who has also had his share of trials for his journalistic work, read in a press statement at the book fair.  “In other words, “Even if we burn, we’ll touch!”
Mr. Sener also is charged with helping Ergenekon. He had been inspecting the shortcomings in the ongoing murder trial of a Turkish-Armenian newspaper editor, Hrant Dink, who was shot dead by an ultranationalist in front of his office in Istanbul in 2007.
Turkey’s Prime Minister Recep Tayyip Erdogan has said that around two dozen journalists are in Turkish jails and none in connection with their journalistic work. Many of the jailed journalists are Kurds, accused of spreading propaganda for the Kurdish Workers’ Party, or PKK, which is listed as a terrorist organization in Turkey, the U.S. and the European Union. Human rights groups in Turkey and abroad disagree with Mr. Erdogan. They say the number of jailed journalists is above 50 and that they were punished for their work.
﻿
Posted by Gulen is a Fraud at 7:10 PM No comments:

Gulen Charter Schools in the USA: Gulen Charter Schools, Who are we?: The flag and lady liberty of the United States of America ﻿ http://www.charterschoolwatchdog.com/ Let's be clear here --- Our mission...
Posted by Gulen is a Fraud at 12:48 AM No comments:

Gulen Charter Schools in the USA: Gulen Charter Schools, Who are we?: The flag and lady liberty of the United States of America ﻿ http://www.charterschoolwatchdog.com/ Let's be clear here --- Our mission...
Posted by Gulen is a Fraud at 12:48 AM No comments:

Dr. Aland Mizell: The Secrecy of the Gulen Movement Part 1

Dr. Aland Mizell author of "Tactics of Islam, Conquering America from Within-
The Gulen Movement"
Posted by Gulen is a Fraud at 11:51 AM No comments:

As service to Allah and to commemorate the Sallah celebration, the Nigerian Turkish International Schools under the UFUK Dialogue Foundation of the schools slaughtered 1000 cows for charity.

President of the Foundation, Tamar Copuroglu said in Abuja that the gesture was a yearly ritual performed by the NTIS with contributions from Turkish businessmen as well as Turkish college parents to give out meat to the handicaps, orphans and the indigent people within Nigeria. Copuroglu who said that the 1000 cows were slaughtered in the 17 Turkish Colleges in Kano, Kaduna, Lagos, Ogun, Yobe States and the FCT for distribution in villages and satellite towns within the states also advised able Muslims and those who were affluent to take up the challenge and reach out to the underprivileged as an act of worship to Allah or as a duty to the society.

Disclosing that last year 800 cows were slaughtered, Copuroglu said NTIS in a bid to strengthen the activities of charity and peaceful coexistence within Nigeria and other countries, established the UFUK Dialogue Foundation, with a view to fostering interfaith and intercultural dialogue as well as stimulating thinking and exchange of ideas on supporting and fostering democracy, thereby providing a common platform for education and information exchange between individuals worldwide.

Also at the event, the Turkish Ambassador Ali Rifat Koksal advised Nigeria to give precedence to human capital development in the country through education as a means to achieving the vision 20:2020, even as he said he was optimistic that the Nation was moving towards the path of development.

“This Nation must invest on human beings better because increasing the living standards of the nation depends on education. That is why we have the Nigerian Turkish schools here, to increase the living standards of the people; an educated Nigeria in future will be very strong. That’s why we have 16 schools in six different states. JAMB success rate is more than 96percent made by students who are the future of Nigeria,” he said.
Posted by Gulen is a Fraud at 10:12 PM No comments:

Email ThisBlogThis!Share to TwitterShare to FacebookShare to Pinterest
Labels: 000 head of cattle for Sallah celebration in Nigeria, Gulenists slaughter 1

Many Canadians have contacted us and are very concerned about these schools. We are finding that most of the Gulen followers that operate schools in Canada are doing so as private schools and not dipping into Canadian money.
Posted by Gulen is a Fraud at 9:49 PM 2 comments: 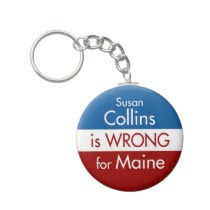 ﻿
http://www.seacoastonline.com/apps/pbcs.dll/article?AID=/20111101/NEWS/111109987/-1/NEWSMAP
By Jamie Webben
news@seacoastonline.com
November 01, 2011 10:04 AM
WASHINGTON — Sen. Susan Collins R-Maine, who returned from Istanbul, Turkey, last week, spoke on Monday at a conference about the state of America’s relationship with Turkey and how it can be improved.
The event, the American-Turkish Council’s 30th Annual Conference, was held to facilitate growing ties between the two countries. The conference’s theme was more pertinent after a 7.2-magnitude earthquake hit Turkey last week, killing more than 600 people.
Collins happened to be in Turkey when earthquake hit and said she was struck by the amount of the damage and felt for the victims.
She also focused on foreign relations, and said the relationship between the United States and Turkey has benefitted and can continue to so by increasing trade relationships and counter-terrorism efforts with one another.
Collins, ranking member of the Senate Homeland Security Committee and a member of the Senate Armed Services Committee suggested more be done to increase bilateral trade with Turkey, which has the 16th largest economy in the world.
Collins said her home state has been particularly helpful with facilitating trade by shipping thousands of cattle for dairy farming to Turkey. “With a little ingenuity, there are a lot of trade opportunities,” she said.
Collins also said there are many opportunities for America to help Turkey continue to fight terrorism.
According to Collins, the United States spends an average of $1 million a day to help Turkey fight terrorism. She said, aside from spending money, the United States should also encourage democratic freedom in the region.
Panelists who appeared with her — Ambassador Selim Yenel, deputy undersecretary at the Turkish Ministry of Foreign Affairs; Nuri Colakoglu, president of Dogan Media International; and Philip Gordon, Secretary of State for European and Eurasian Affairs — discussed efforts such as those outlined by
Collins as possible reasons for improved favorability of the United States abroad.
According to Pew Research Center Poll from 2010, 17 percent in Turkey say they approve of the United States, up from a decade low of 9 percent in 2007.
While Collins said Turkey-U.S. relations have improved in recent years, she said she still has “concerns” with the deterioration of the relationship between Israel and Turkey and the how journalists are treated in Turkey.
“Addressing these issues would further enhance Turkey’s chances of being an exemplar of democracy in the Middle East,” she said.
Despite her reservations, Collins said Turkey has “more influence than ever before in our modern era to be a good role model. This is Turkey’s time,” she said.
Posted by Gulen is a Fraud at 11:14 PM No comments:

Email ThisBlogThis!Share to TwitterShare to FacebookShare to Pinterest
Labels: Senator Collins in Turkey

The mention of I-Sweep, Genius, etc, is universal with the Gulen managed schools.  They own or sponsor these contests and they publicize the heck out of their students participating in this contests.  So what. 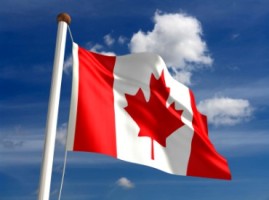