Posted by Gulen is a Fraud at 2:02 PM No comments:

Gulen Charter Schools are a threat to national security of America

Posted by Gulen is a Fraud at 1:53 PM No comments:

Another Gulen School in Mardin is burned down

Posted by Gulen is a Fraud at 7:32 PM No comments: 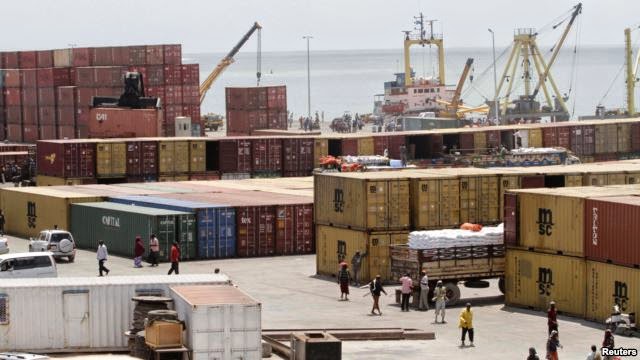 MOGADISHU—
Turkey has been a key ally for the federal Somali government, and with major financial assistance from Ankara, development in Mogadishu is taking off at a fast pace. But not all are happy with the Turkish influence in Somalia. Port workers in Mogadishu staged recent protests to keep their jobs as Turkish companies take over. But they lack the education to operate the new technology coming in.
Port workers at the Mogadishu seaport have been staging demonstrations outside parliament since the federal government handed over the port’s management to a Turkish firm.

Under the new ownership, Al Bayrak Company will manage the port for the next 20 years and will give the government 55 percent of all the proceeds from the port.
In a statement, the company says it plans to transform the seaport to international quality - elevating it to a central position in the Somali and African economy.

Modernizing this transit and cargo hub will require technical skills lacking in most of the current Somali work force.
Port workers argue they have no other source of livelihood. Through years of instability, the Port of Mogadishu remained their only employment and source of income.
Through their union, the workers are calling on the government to protect their jobs.
Port Worker Ahmed Ali Hassan said he was speaking on behalf of 5,311 port workers, their families and all that relied on them. "We are telling the government to reverse its decision. We are citizens of this country," he said.

Since 2011, Turkey has been a key ally for the Somali government and has helped in building mosques, hospitals, schools, water wells and orphanages.
Turkish funding is also improving road standards and infrastructure in Mogadishu and is helping to reconstruct the Mogadishu International Airport.
This is providing new opportunities for young educated Somalis. But older workers, said Port Union Worker Muhyadin Adow Jimale, should not have their contributions forgotten.
He said the porters at the Mogadishu Airport carried loads on their backs. "They have no education whatsoever. We thank the Turkish President, Mr. Erdogan, but we are warning him against making these poor people jobless," he said.

Somali Prime Minister Abdiweli Sheikh Ahmed is to meet members of parliament in the coming days to brief them about the terms and conditions in the new port deal.
Economic experts say a revitalized port will attract more trade, and help the entire Somali economy.
http://www.voanews.com/content/somali-port-workers-protest-turkish-firm-takeover-of-port/2467382.html