Posted by Gulen is a Fraud at 8:49 AM No comments:

Posted by Gulen is a Fraud at 8:40 AM No comments:

Gulen Schools in America under the crosshairs of lawmakers 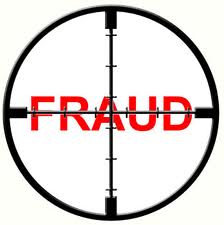 A nongovernmental organization called for the law after one of its members, Phyllis Schlafly, wrote an article drawing attention to the "increasing influence of powerful Islamist Turkish schools with hidden agendas in the U.S."

The law decreases the percentage of foreign teachers that can be employed in a charter school from 10 percent to 3.5 percent. Turkish teachers working in Gülen schools had previously attracted the attention of the American press due to problems with their visas.

The activities at “Harmony Schools” in Texas had raised questions about whether the schools were using U.S. taxpayer dollars for the benefit of the Fethullah Gülen religious movement, the New York Times reported in June 2011.

The report highlighted a particularly suspicious case in which TDM Contracting, a one-month-old company, won its first job to build the Harmony School of Innovation, a publicly financed charter school that opened last fall in San Antonio, for $8.2 million.
Posted by Gulen is a Fraud at 8:37 PM No comments:

European Parliament and Journalists listen to Turkey's sinking freedom of speech and democracy at the hands of the manipulative Gulen Movement.
Posted by Gulen is a Fraud at 8:13 AM No comments:

Gulen Schools and Businesses kicked out of Uzbekistan

Religion is a wedge that is driving Uzbekistan and Turkey apart.
In recent months, Uzbek leaders have intensified a campaign to contain Turkish economic and cultural influences in Uzbekistan. The most prominent component of this crackdown has been the arrest of 54 Turkish entrepreneurs over the past two years and the closure of at least 50 Turkish-operated businesses. In addition, the presidential administration in late February ordered all state-owned and private television channels to stop airing Turkish sitcoms, claiming that they were “inappropriate” for an Uzbek audience. Turkish-funded schools have also been forced to close.
Underlying Tashkent’s actions is mounting distrust of the Islamist orientation of Turkey’s governing Justice and Development Party (AKP). It would seem that Uzbek President Islam Karimov’s government worries that the AKP is working to promote Islamic piety not only in Turkey, but in the Turkic states of Central Asia. In particular, Tashkent is suspicious that the AKP is somehow abetting the activity of an Islamic evangelical movement led by the Turkish theologian Fetullah Gulen, whose ideas are rooted in concepts earlier espoused by Bediuzzaman Said Nursî in the mid-20th century. Although avowedly non-violent, the Gulen movement is unwelcome in Uzbekistan, a country that keeps all forms of religious expression under tight government control. Adherents of the Gulen movement are known as Nurcus.
Tashkent and Ankara enjoyed a flowering of relations in the early 1990s, when Turkey sought to connect with the “Turkic” republics of newly independent Central Asia. But relations started to sour when Ankara refused to extradite political opponents of Karimov, who fled to Turkey to escape his growing authoritarian rule.
“Uzbekistan has accused Turkey of harboring Uzbek terrorists and sponsoring banned underground religious groups in Uzbekistan,” said a Tashkent-based journalist who specializes in Uzbekistan’s diplomatic relations. The journalist spoke on condition of anonymity, citing safety concerns.
There is an apparent religious dimension to the Uzbek clampdown on Turkish businesses. In late 2011, many of the accused Turkish entrepreneurs were sentenced to prison terms ranging from two to three years, and their properties were confiscated. Twelve of the 54 have since been amnestied and deported.
Amid the prosecutions, state-controlled television channels aired programs clearly designed to stir up anti-Turk sentiments. For example, a late February documentary, titled “Crime and Punishment” and broadcast on two state-run channels, claimed that the arrested entrepreneurs took advantage of “our country’s favorable investment climate and committed economic crimes, including trade in counterfeit goods and the use of dishonest accounting practices to hide profits.” The documentary – which included apparent confessions from some of the accused – asserted that several of the arrested entrepreneurs were affiliated with the Gulen movement.
In addition to the religious element, governmental corruption appears to be a factor in the crackdown, some observers contend. A Tashkent-based financial analyst suspects the attacks on Turkish ventures might be part of an ongoing redistribution of property that began in 2010. That year, authorities closed down scores of foreign and local businesses, including Zeromax, a Swiss-registered company, and jailed more than a dozen local businessmen and confiscated their property.
The Turkish businessmen might have been punished for not sharing their profits with high-ranking officials, many believe. “In our country, businesses have to give bribes if they want to continue operating,” the financial analyst said. Among the closed venues were Demir and Turkuaz, two of Tashkent’s largest shopping centers.
“The Turks controlled lucrative retail stores, such as Turkuaz, and this has long caused the envy of their competitors,” said a Tashkent-based shopkeeper, who believes the “competitors” were high-ranking officials and their families.
In an interview, a senior Uzbek official denied claims the government actions were politically motivated. He said that in addition to the Turks, joint ventures with ties to Swiss, Emirati and Iranian investors have been punished for financial impropriety. (The owners of Komfort-Elite, a furniture store operated with capital from the UAE, are also reportedly under investigation for illegal trade and tax evasion).
Publicly, the Turkish government’s reaction has been muted. But in October, parliament did not include Uzbekistan in its list of countries with which it plans to form parliamentary friendship committees. The list did include the other four Central Asian republics.
Turkish media and businesspeople, meanwhile, are livid with Tashkent.
In an interview with Hürriyet Daily News in February, Vahit Gunes, an owner of Turkuaz Group, which had six shopping malls in Uzbekistan and who spent nine months in jail before being amnestied and deported, said Tashkent’s accusations were groundless. “Nearly $60 million was seized [by the Uzbek authorities] illegally,” Gunes said.
Rıza Nur Meral, the chairman of the Confederation of Businessmen and Industrialists of Turkey (TUSKON) told Hürriyet Daily News in late February that “the mistreatment of Turkish businessmen should be ended immediately.”
In Tashkent, analysts fear the tumult may hurt Uzbekistan’s economy. Turkish companies are prominent in Uzbekistan’s various industries, including textiles, food production, medicine, plastics, construction and hotel services. According to Turkish media reports, between 1992 and 2010, Turkish construction companies spent close to $1.8 billion in Uzbekistan, and the value of trade between the two countries exceeded $1 billion in 2010.
“Many Uzbeks who were employed by [Turkish] businesses lost their livelihood,” said a Tashkent resident. He also said that many are angry the government banned Turkish sitcoms, which were very popular. But most are afraid to air their grievances publicly for fear of retribution, he added.
At least one sector shows no sign of being hurt by the chill: security. In late February, the Turkish International Cooperation and Coordination Agency, Ankara’s development arm, announced it would sponsor four training sessions this year for Uzbek security forces. The sessions were designed to improve capacity in battling organized criminal networks. “Though Tashkent does not trust the Islamic government [in Ankara], it has warm relations with the Turkish security forces,” said the Tashkent-based journalist. Security ties remain strong because Tashkent believes the Turkish military is dominated by secularists

Posted by Gulen is a Fraud at 1:11 AM No comments:

Gulen Movement, who and what is behind it? 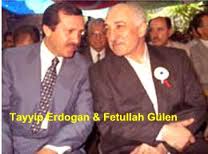 COMMENT: In FTR #739, we took a brief look at the pow­er­ful inter­na­tional orga­ni­za­tion of the Pennsylvania-based Turk­ish Mus­lim cleric and author Fetul­lah Gulen. Being inves­ti­gated by the FBI and exco­ri­ated by numer­ous sources for Machi­avel­lian gam­bits to destroy polit­i­cal oppo­nents, the orga­ni­za­tion has a sig­nif­i­cant pres­ence in 80 coun­tries, includ­ing spon­sor­ship of char­ter schools here in the United States.
Sus­pi­cions and reser­va­tions about the Gulen orga­ni­za­tion include: fears in Cen­tral Asian republics that the group is Islamist and/or pan-Turkic in nature; con­vic­tions among jour­nal­ists like the estimable Sibel Edmonds and intel­li­gence and mil­i­tary offi­cers in Turkey and else­where that the Gulenists are fronting for CIA agents; that the Gulenist cadre engage as a mat­ter of course in ille­gal acts to destroy their oppo­nents, includ­ing numer­ous inci­dents of forgery and per­jury, as well as libel and propaganda.
In Gulen’s native coun­try of Turkey, the orga­ni­za­tion has become a key ally of the sup­pos­edly “mod­er­ate” Islamist gov­ern­ment of Tayyip Erdo­gan. A sig­nif­i­cant and grow­ing body of doc­u­men­ta­tion sug­gests that the Gulenists have been instru­men­tal in forg­ing evi­dence used by the Erdo­gan gov­ern­ment to stage tri­als of mil­i­tary offi­cers allegdly involved in a coup plot against the government.
(His­tor­i­cally, the mil­i­tary has served as a bul­wark in mod­ern Turkey against Islamiza­tion, pre­serv­ing with the gun the sec­u­lar tra­di­tion estab­lished by Kemal Attaturk fol­low­ing the fall of the Ottoman Empire at the end of World War I. Far from being “mod­er­ate,” the Erdo­gan gov­ern­ment is, as we have seen in FTR #737, derived from the Islam­o­fas­cist al-Taqwa milieu.)
It is worth not­ing that the Erdo­gan government’s “mod­er­ate” Islamist nature is belied by the fact that Turkey cur­rently has more jour­nal­ists in prison than China and Iran com­bined! Hey, that is SOME mod­er­a­tion, no?!
Of even greater sig­nif­i­cance is the fact that the Erdo­gan gov­ern­ment is seen as an appro­pri­ate tem­plate for “mod­er­ate” Islamist regimes cur­rently tak­ing form in places like Egypt, where the clit-cutters of the Mus­lim Broth­er­hood are ascen­dant. The Broth­er­hood, of course, was allied with the Axis in World War II and has been used by numer­ous intel­li­gence ser­vices, includ­ing ele­ments of CIA, as a vehi­cle for covert action and repres­sion in the post­war period.
In addi­tion to sup­port­ing Mus­lim Broth­er­hood, ele­ments of CIA have also sup­ported the Pan-Turkist move­ment in the past. Pan-Turkists have also allied his­tor­i­cally with the Third Reich, as we have seen in FTR #720, among other pro­grams

Posted by Gulen is a Fraud at 2:37 PM No comments: