Afghanistan Gulen Schools transferred to Turkish Government controls what about the Heroin trade?

Afghanistan initially opposed to Turkey’s demand to shut down the schools, but couldn’t resist Ankara pressures, according to sources. Afghanistan president Ashraf Ghani has agreed to hand over the Afghan-Turk school, run by a pro-Gulen institution, to the Turkish government.

Currently six Afghan-Turk schools are operating across Afghanistan where over 8000 students, including girls, are enrolled.

Because of the new agreement, some 150 pro-Gulen Turkish teachers will be expelled from Afghanistan after the handover which is expected to happen soon.

The schools are in Kabul, Mazar-e-Sharif, Herat, Kandahar, Jalalabad and Sheberghan cities.

Afghanistan initially opposed to Turkey’s demand to shut down the schools, but couldn’t resist Ankara pressures, according to sources.

The schools will remain open, but run by an institution directly operated by the Turkish government.
http://www.tolonews.com/afghanistan/afghan-turk-schools-will-operate-under-turkish-govt#GulenAfghanistan 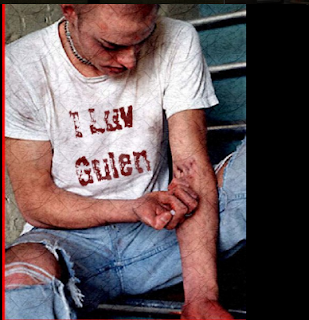 Morocco has closed all Gulen Schools down

Rabat- Morocco’s Ministry of National Education has officially shut down all schools associated with the Fethullah Gulen, who is the alleged architect of the July 15 failed coup attempt against Turkish President Recep Tayyip Erdogan.
All students affected by the close down of the Gulen institutions were re-enrolled at private and public sector establishments.
In an official statement issued by the ministry, the government reiterated its concern with the future of all pupils who were distressed by the shutdown of their academies.
“Students enrolled at these schools have all since been re-enrolled at various state and private educational institutions… in accordance with their parents’ wishes,” it added, affirming that the students have resumed their studies.
In January, the Ministry of the Interior announced its plan to shut down all Gulen-affiliated institutions, setting a deadline of one month for the school’s officials to comply with its decision.
The ministry said that “investigations showed that the schools were spreading the ideology of Gulen’s movement “which contradict the educational system and religious principles of Morocco.”
Following this decision, the student’s parents protested against the ministry, condemning the decision.
Morocco would take “all necessary steps” to close down all Gulen-linked schools operating on its territory, a Moroccan diplomat said.
The Gulen network established its first school in Morocco in 1993 in the coastal city of Tangier before setting up more in other cities.
The Turkish authorities believe the group had orchestrated last year’s coup attempt against the country’s democratically elected government, which left at least 248 martyrs in its wake and some 2,200 others injured. 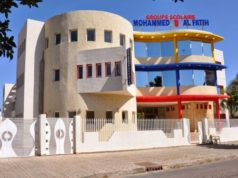 https://www.moroccoworldnews.com/2017/01/205352/interior-ministry-shuts-fethullah-gulen-schools-morocco/
Posted by Gulen is a Fraud at 9:57 PM No comments: 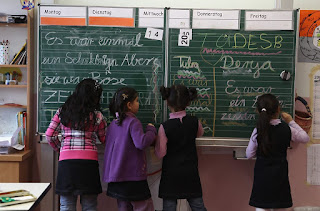 A German education union claimed on Thursday that Turkish diplomats in Germany have been urging students from the diaspora to spy on their teachers and report any critical comments they make against Turkish President Recep Tayyip Erdoğan.
According to a report in Westdeutsche Allgemeine Zeitung (WAZ) on Thursday, Education and Science Labor Union’s (GEW) spokesperson Sebastian Krebs said the Turkish consulate in North Rhine-Westphalia (NRW) told parents and teachers at “information events” in Düsseldorf, Essen, Cologne und Münster in January that they should spy on classes at German schools against Erdoğan critics.
“We have learned from various sources that participants have been encouraged to report to the consul general any criticism of the Turkish government that is observed in schools in North Rhine-Westphalia,” he said.
The union represents nearly 280,000 education workers in Germany, most of them teachers in state schools.
Speaking to Germany’s The Local website, Nefren Tuncay, Turkey’s vice consul in Düsseldorf, denied the accusations, saying that “the claim by the GEW that pupils were encouraged to film their teachers, or that it had anything to do with politics in Turkey, is not true.”
Ali Sak, chairman of the Ruhr Turkish Parents Association, confirmed to WAZ that meetings took place between Turkish consular officials and selected teachers and Muslim clerics. However, he denied that pupils were asked to spy on teachers.
This is not the first time that Turkey has been accused of spying on the Turkish population in Germany.
Earlier in February, German police raided the homes of four Turkish Muslim preachers linked with the German-based Turkish-Islamic Union for Religious Affairs (DİTİB) on the suspicion that they spied for Erdoğan’s government on followers of the Gülen movement, the inspiration of which — US-based Turkish scholar Fethullah Gülen — Turkey accuses of being behind a failed coup attempt last July.
On Wednesday, DİTİB coordinator Murat Kayman announced his resignation as the spying imam issue has led to tensions between Turkey and Germany.
The imams are accused of illegally profiling Turkish people in Germany, particularly sympathizers of the Gülen movement.
The Federal Public Prosecutor’s Office (GBA) said in a statement that the imams had acted on an order issued on Sept. 20 of last year by the directorate to profile Gülen movement sympathizers.
Earlier, DİTİB officials admitted to profiling Gülen movement sympathizers based on instructions from Turkey’s top religious authority, the Directorate of Religious Affairs.
Last month the GBA launched an investigation into Turkish intelligence operations on German soil after a lawmaker filed a criminal complaint. Austria is also investigating whether Turkey has been operating an informer network targeting Gülen followers on its soil, via its embassy in Vienna.
Turkey has accused Germany of harboring militants from the Kurdistan Workers’ Party (PKK) and far-leftists of the Revolutionary People’s Liberation Party/Front (DHKP/C), which has carried out attacks in Turkey. German officials reject the accusation.
While the Turkish prime minister addressed the Turkish diaspora in the NRW town of Oberhausen on Saturday, calling on them to support Erdoğan in an upcoming referendum in April to switch Turkey to an executive presidency under his leadership, Erdoğan is expected to hold rallies in Germany in March.
Nearly 1.4 million Turkish citizens living in Germany are eligible to vote in the referendum.
http://turkeypurge.com/turkey-asks-students-at-german-schools-to-spy-on-erdogan-critics-union
Posted by Gulen is a Fraud at 7:48 PM No comments: